4 PC Battlestations to Drool over

Throughout the year, we at Fix My PC Store have been posting photos and short blurbs on our official Facebook page about some of the more noteworthy PC battlestations we’ve seen in our journeys across the internet. We’d like to take the time to go into more depth and showcase a few of the ones that really made us turn our heads. 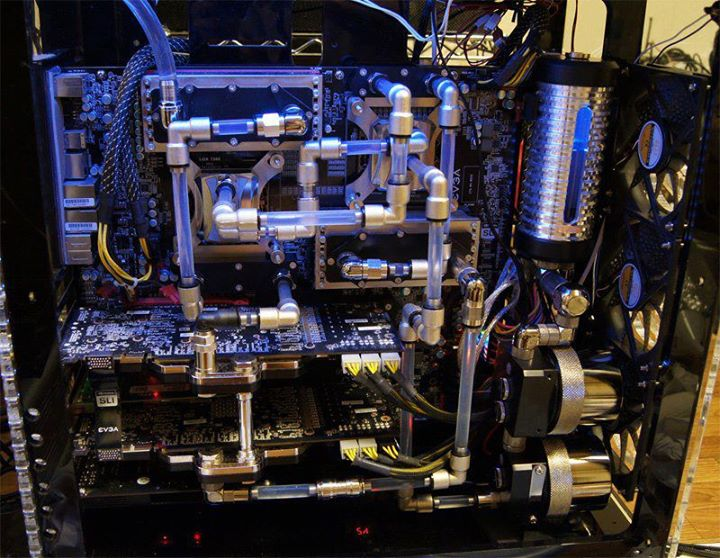 Water cooling PCs has established itself as one of the prime displays of ballerdom. Any serious gamer with a penchant for performance-enhancing mods has mulled over taking the step to the next level. Now another next level exists. This person has replaced those tacky black tubes with straight-lined tubes that are backlit by LEDs. Assembling this must have been akin to playing the old classic Pipe Dream for a few hours. 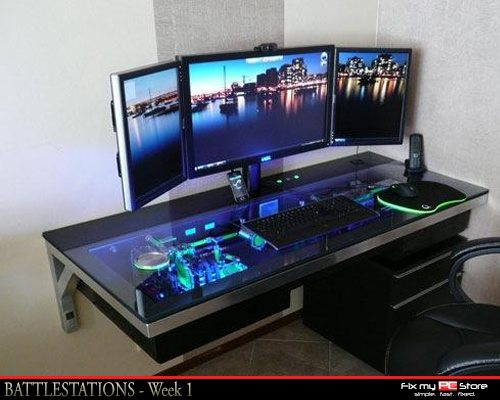 As everyone knows, the “computer desk” has become a mainstay furnishing of anyone’s abode. The seat of the battlestation, if you will. In this setup, this person has taken a literal take on the computer desk, fully integrating the parts of their computer into a sleek glass top. It is also impressive to us that they’ve gone the extra mile and had the entire fixture mounted to the wall as well for maximum space efficiency. A real pro of this setup is the fact that each component of the computer is always in plain view, and well-lit at that. You probably couldn’t eat or drink at this desk comfortably, though. Any kind of spill would probably send you right to the insane asylum, which is a definite con.

Oh, and you could turn the lights off and it would look like something out of Tron. 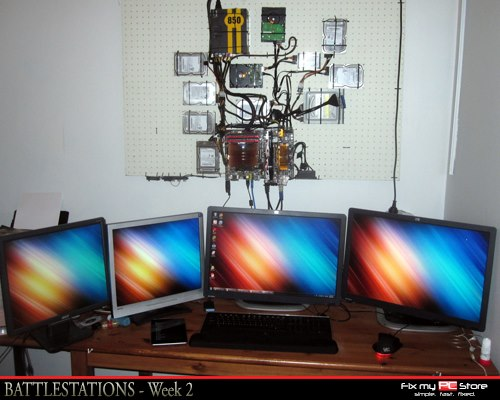 In another display of non-linear casing, this person mounted the components of their computer to a section of the wall. Somewhat like the previous machine we showcased, it is true that each part is readily available to be examined or replaced. We all know how much of a chore opening or removing a computer’s casing can be, which is probably why this machine does not have one. Also, it used to be somewhat fashionable to play video games with your computer’s case removed, parts exposed. This was, of course, a long time ago. They would argue that it helped to keep their cpu and video cards from overheating. The actual truth of this notion was debatable, but it’s good to see that someone out there is taking a revivalist approach to things.

They’ve got 4 monitors that don’t match for no reason and that rules. 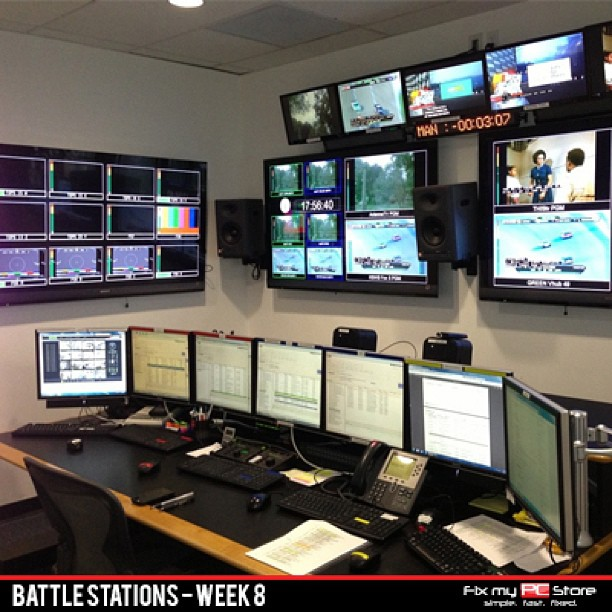 As the single chair at the desk implies, we are boggled at the notion of this station being used by a single person. For what purpose could this be used? Are they the safety inspector for a nuclear power plant? We count 15 monitors present. Even Homer Simpson would be taken back by this workroom.

This site uses Akismet to reduce spam. Learn how your comment data is processed.